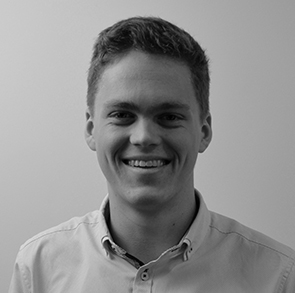 Jeremy works as a designer in the Concept Marketing Perth office. However, he is also a professional sports enthusiast. Whether it is basketball or football, if Jeremy could be anywhere in the world right now, it would be in the best seats in the house, ready to watch the game. Especially if that game is Friday Night Footy at the MCG. However, if anything to do with the Houston Rockets is involved, then no dice. Jeremy’s 3 biggest pet peeves are the Houston Rockets, Houston Rocket Fans and James Harden (the shooting guard for the Houston Rockets, duh!).

Jeremy’s personal motto is, always do your best. He expects this not only from his favourite team, The West Coast Eagles, his favourite basketball player Lebron James but also from himself. He is constantly fulfilling this expectation in his work at Concept Marketing, bringing incredible creativity, attention to detail, and a high level of organisation to his role. When Jeremy isn’t around the office, he enjoys chilling with his mates, watching the footy or the basketball, or going out to shoot some hoops. (Did we mention that he likes sports?)