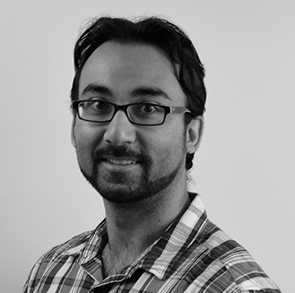 There is a reason that Lloyd has been absolutely dunking on any problem that comes his way at Concept Marketing as our Head Designer and Operations Manager, for 15 years! Lloyd has taken inspiration from Michel Jordan, his most admired person, not only in his basketball prowess, as Lloyd loves a good 5 on 5 competition, but also in the focus and discipline he brings to the job. Aside from being a killer on the court, Lloyd can smash it on the drums and bass, with the talent to learn songs simply by ear. You could say with such cool skills; he is instrumental to the CM team.

After a sneaky CC and dry at happy hour, you will find Lloyd spending the rest of his weekend going for outings with his family, playing with his son, and utilising those famous organisational skills to cook meals for the week ahead. Despite the hard-working, orderly attitude that Lloyd brings to the workplace, he is a big kid at heart, who loves to kick back and do some online gaming or organise a games night for his friends to enjoy. Knowing the love that he shares for his son, and how important his time with his family is, Lloyd is also passionate about children’s causes, to help other families in his community, such as the Smith Family, Ronald McDonald House, and Children’s Leukemia & Cancer Research. Lloyd wants to go down in history as someone who was happy just being himself, and who loves being with his family.

If you asked Lloyd for some words of wisdom, he would say: Don’t ask others to do something that you wouldn’t do yourself. This hard-working ethos is one of the many factors that make Lloyd a priceless member of the Concept Marketing team.